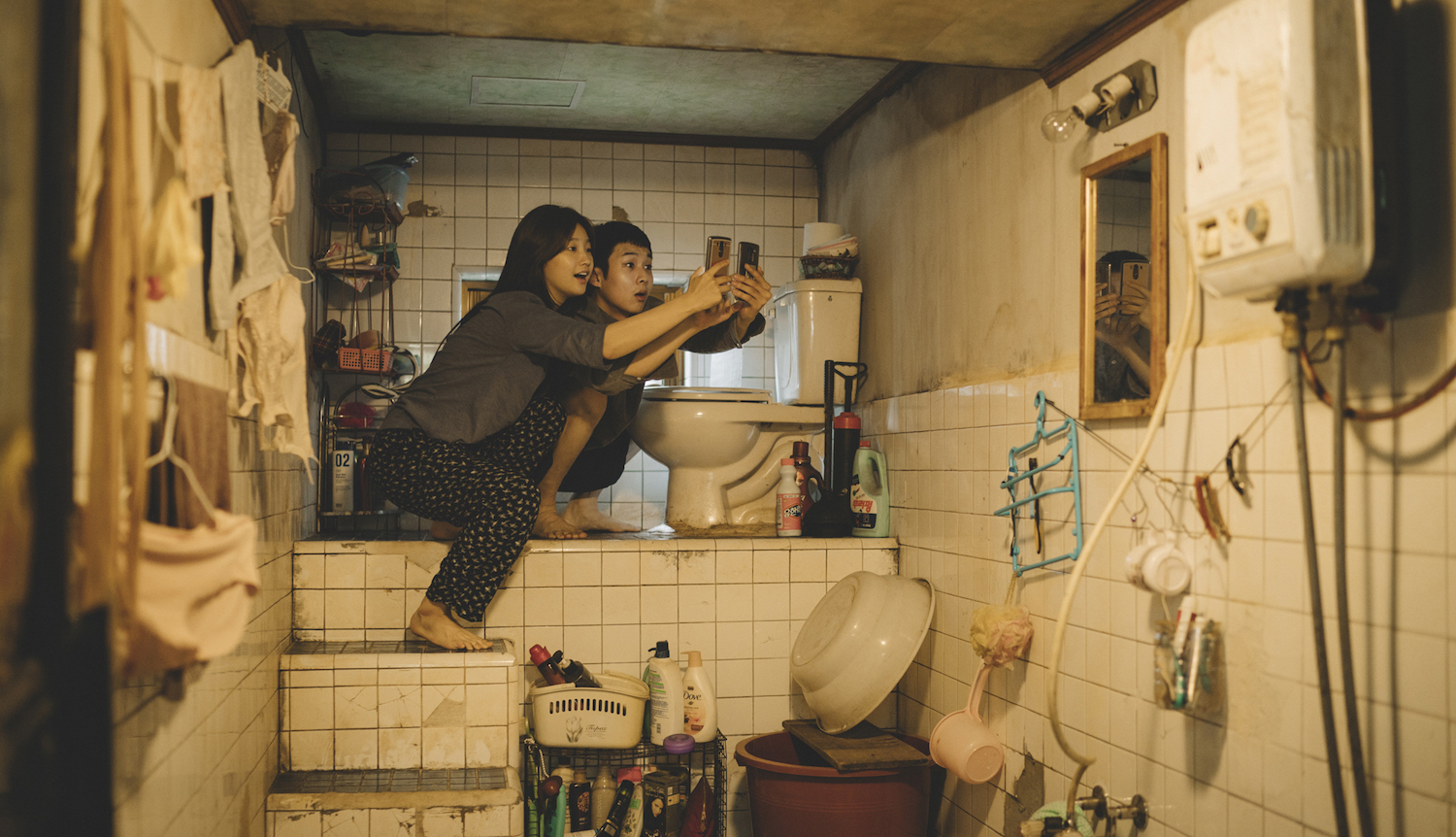 Parasite: 'On est tous le parasite de quelqu'un'
[We are all the parasites of someone]

Though billed as a kind of South Korean anti-capitalism satire - this eat the rich outing when not eating its own at the bottom of the economic food chain, comes off more as an empty plate...

A somewhat combo tale of two families and exceedingly twisted prince and the pauper dubious Seoul mates turned sour spree, Parasite plays out as the poverty stricken bottom feeder (literally basement dwellers) Kim clan conspires together to pull off an elaborate scheme posing as hired help at the home of the patrician Park family.

All goes well until part of the ploy involving maneuvers to get rid of the existing household workers backfires into over the top mayhem. And as a kind of chaotic both external and internal bloody class warfare ensues. Essentially creating for the amusement of the giddy bourgeois popcorn audience - both consumers and critics - a cinematic 21st century gladiator spree.

Director Bong Joon Ho (Snowpiercer, Okja) presents a condescending, pessimistic portrayal of human nature, bereft of class consciousness or ideology. And a working class whose sole motivation is to go to extremes, or aspiring to do so, to replace when not feeding off the economic class exploiting them - and in the process eliminating any potential workingclass competitors as well.

Parasite,  a feature of the NY Film Festival.

Who is Russian oligarch Mikhail Khodorkovsky, and what is he doing as a dubious hero in this Alex Gibney documentary? And what does all this have to do with the Black October coup not collapse back in 1993, and Russia election meddling - no not that one. Rather, the Bill Clinton/CIA bromance with Boris Yeltsin that brought the counter-revolutionary candidate to power back then.

The ex-con turned Gibney martyr celebrated here as the once richest man in Russia after grabbing the wealth out of the people's coffers in that post-Soviet scam known as state vouchers, turns up in the film promoting his human rights organization out of London, Open Russia - an outfit created and funded by war criminal Henry Kissinger and UK robber baron banker Jacob Rothschild. Stay tuned...